Michael Sopoćko Church, consecrated with the title of Blessed Michael Sopoćko, is located in the village of Juodšiliai, about 17 km south of Vilnius. It is the first and, so far, the only church in the worldto have been called after this saint.

Fr. Michael Sopoćko belongs to the circle of prominent personalities related to the history of Vilnius. He is also among those beatified and canonised by the Church (like St. Casimir, St. Andrew Bobola, St. Juozapatas Kuncevičius, St. Rapolas Kalinauskas, Blessed Jurgis Matulaitis and St. Faustina), who left their distinctive marks on the city. He was a priest of the Archdiocese of Vilnius, professor of the then Steponas Batoras University, chaplain of the army, confessor for Sister Maria Faustyna Kowalska, who was canonised (declared as saint) in 2000 and a tireless apostle of God’s grace.

The church in Juodšiliai had been waiting 80 years to be consecrated. It was the Sisters of the Society of St. Ursula who were responsible for the construction of the church, which started before World War II (in 1936). However, it was not completed due to the strained situation of Lithuania at the time. The construction had to be stopped at the outbreak of the war. Soon after that, the building was used as a child foster home, then a hospital and a clinic. The future church was severely damaged in a fire in 1991.

After the restoration of Lithuania’s independence, the idea of an active church was revived. The believers of Juodšiliai and neighbouring villages raised the necessary funds for the construction works and returned the building to its original purpose. Thus, 80 years after the Sisters of the Society of St. Ursula had initiated the construction, a solemn consecration of the church took place in 2016. It is symbolic that this was also the year which Pope Francisdeclared as an Extraordinary Jubilee, the Holy Year of Mercy.

It is not difficult to answer the question of why the church in honour of the Blessed Sopoćkowas built in Juodšiliai.  Michael Sopoćko hid in this village to escape the persecution of the occupying German forces during World War II. It was here that the priest of the Archdiocese of Vilnius found sanctuary and support from the Sisters of the Society of St. Ursula. It was here that he carried on with his pastoral activity and prepared a number of scientific writings about God‘s Mercy. Even today the old residents of Juodšiliai remember Fr. Sopoćko, or –as he was also known – the carpenter Vaclovas, who lived in a cabin close to the forest. He called himself Vaclovas Rodzevičius and produced many wooden household utility items for his neighbours during two years in hiding. In2012, a memorial plaque was officially unveiled on the wall of the house, called the Devine, on Sodų street, where the priest used to hide.

In 2012, a palliative care home, or a hospice, was established in Vilnius city bearing the name of Blessed Michael Sopoćko. The home provides palliative care free of charge to those who have only months or days left to live due to their terminal illnesses.

He was born on 1 November 1888, into a noble and pious family in Naujasėdis (or Juszewszczyzna, present-day Belarus) near Ašmena in the former Vilnius District. He had felt the desire to become a priest and serve God since his childhood. Michael Sopoćko graduated from Vilnius Priest Seminary and later studied pedagogy at Warsaw University and received Master and Doctor degrees in theology.

It was in Vilnius that Fr. Sopoćkospent his most important and fruitful years. He was educated there, ordained to the priesthood and organised catholic youth societies of the diocese. When he received his doctoral degree, he was appointed the spiritual father of Vilnius Seminary and Assistant Professor of the Faculty of Theology at Steponas Batoras University. His fateful meeting with Sister Faustyna Kowalska also took place in Vilnius.

Michael Sopoćko’s spiritual activity was manifold. The special acquaintance with Sister Faustyna and her visions inspired the priest to dedicate himself to spreading the message of God’s Mercy and its cult. He worked very hard to introduce the holiday of Divine Mercy, was one of the founders of the congregation of the Sisters of Merciful Jesus and was also among those who supported the creation of the Merciful Jesus oil painting that became famous throughout the Catholic world.

He was in hiding in Juodšiliai during the troublesome years between 1942 and 1944. When the Germans left, he settled down in Vilnius, in the parsonage on St. John’s church. He taught at the seminary until it was closed down in 1945. He prepared courses on religion for nuns and laymen, and even tried to evangelise the Russians arriving in Vilnius. As he was in danger due to Soviet repressions, he left Vilnius and moved to Balstogė in 1947.

The priest’s scientific-pedagogical activity is of special significance. When Fr.  Michael Sopoćko was beatified in 2008, several books written by him were published: The Road of Love and Mercy, In Your Mercy I Trust. Thoughts for Every Dayand His Mercy is Eternal: Thought of God’s Mercy. The texts present the priest’s thoughts which help the modern individual find the road to love and mercy.

In 1933, Fr. Sopoćko met Sister Faustyna. At the time, he was the confessor of the congregation of Sisters of Our Lady of Mercy. Sister Faustyna trusted the well-educated spiritual father, and she revealed her visions of the Merciful Saviour and his commandments. The most important of these were to declare the first Sunday after Easter to be Divine Mercy Sunday, to establish a new community of nuns and to producethe Merciful Jesusoil painting. These tasks bestowed upon St. Faustyna by the Supreme Will became Fr. Michael Sopoćko’s mission in life. He helped the nun to comprehend the visions and became involved in spreading the cult of the Divine Mercy. He also inspired the painting of the Merciful Jesus, published the first prayers of Merciful Jesus, and wanted the Church to proclaim the Divine Mercy holiday and to approve of its cult.

Father Michael heard the lengthy confessions of Sister Faustyna and then suggested that she write down her spiritual experiences. Anyone who would like to know more about the Sister‘s visions can do so by reading her Diary. 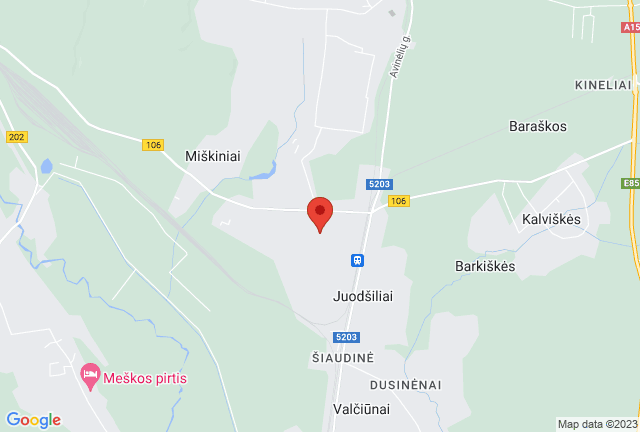