Trakai is well known for its unique lakes and the medieval castle complex that was revived from its ruins in the last century. Senieji Trakai and Naujieji Trakai Peninsula and Island Castles are the main features of the region, and today they reflect not only the material, architectural, but also the spiritual heritage of Lithuania. During the years of formation of the Lithuanian state, Trakai was one of the most important political and military cities.

The Castle was built in the 14th and 15th centuries on one of many islands of Lake Galvė with an excellent strategic location as it is surrounded by water on all sides. Interestingly, at the time when the Castle was built, the level of water in the lake was 2 metres higher than it is now. The current island used to be a group of three small islands.

The construction of the Castle was started by Grand Duke Kęstutis of Lithuania and finished by his son Vytautas. The latter managed to strengthen and modernise the initial design of the Castle. A new Gothic-style brick castle was built with a smart combination of residential and defensive purposes. In 1409, Vytautas the Great made Trakai the capital of Lithuania and moved the state treasury and the Metrics of Lithuania there. For a long time, the majestic stone castle decorated with red bricks served as a royal residence for the Grand Dukes of Lithuania as well as being a cultural centre of attraction. Vytautas the Great died there on 27 October 1430.

The structure of Trakai Island Castle appears to be simple and modestly decorated, thus portraying the consolidation of the 15th century defence (fortification) ideas. It was considered a masterpiece of medieval defensive architecture, and it was the only castle built on water in Eastern Europe.

Trakai Island Castle was home to all the Grand Dukes of Lithuania. Later, Zygmunt II Augustbroke the tradition when he built a palace in Vilnius, at the bottom of Gediminas Hill.

1951 saw the start of large-scale research works on the territory of the castle, and Trakai History Museum moved in to the restored palace in 1962. In addition to the permanent museum exposition, various exhibitions, conferences, musical festivals and performances are regularly held in the courtyards and halls of the castle. Ancient Arts and Crafts Days and History Evenings Dedicated to Vytautas the Great have now become a tradition. The complex also offers a range of programmes for children and adults. Just like centuries ago, Trakai Island Castle hosts official foreign delegations, royal families, presidents, ministers and ambassadors.

The Trakai Castle Museum’s historical exposition has been open since 1962. Visitors are able to walk around the ancient castle and admire its austere interior and the many interesting items on display. They are introduced to the unique history of Trakai, its castles and the whole area around it. Sixteen additional exhibition displays are based in another building of the castle, the casemates. Its halls now hold a variety of applied art collections including pipes, watches, furniture, porcelain, glass and bone art works, etc. Among the display items one can find collections of coins, medals, ancient maps, hunting trophies, dress jewellery, utensils, armoury of the knights, and valuable oil paintings. Today, the museum holds close to 400,000 exhibits!

Notably, in 2005, the Liturgical Art Works Exhibition was opened in the Dominican Chapel located on the territory of the Trakai Peninsula Castle.

Various theoretical and practical events are held in Trakai Island Castle. They take place in a specifically designed classroom located in the defensive tower above the gates of the Castle. The classes are intended not only for children, but also for adults. Participants can get to know more about specific topics. For example, knighthood in the Middle Ages, the inquisition, military equipment or secrets of military victories, Gothic architecture, forming coats of arms and others.

The medieval military education classes not only present a lot of visual materials about the knights’ armour and weapons, but also give participants an opportunity to try them on, and to hold swords, crossbows and arrows in their hands. Additionally, having agreed in advance, guests can try out a bow or a crossbow under the supervision of professional instructors on the castle’s inner terrace.

Trakai Island Castle is surrounded by Lake Galvė, which has 20 islands. Special educational classes present participants with a variety of interesting facts about the lake, its islands and ancient legends created about them.

Every year, Trakai Island Castle holds a very special event. It lasts for a few days in August and takes everyone back to medieval times introducing people to ancient arts and crafts. The celebration dates back to 1495 when it was first mentioned in a statute approved by Duke Alexander. The statute granted privileges to the first guild of Goldsmiths of Vilnius.

Jewellers present their creations and introduce people to the intricacies of their craft. They display pieces that would have been used by the brave knights and noble women of the medieval times. During the celebration, many other crafts are displayed including wood carving, bookbinding, smithy, archaic fishing gear production etc. Everyone can learn how to make beads from a piece of glass, make butter, squeeze cheese or cast bronze alloy.

The event is full of fun activities: jesters, music and dance ensembles, knights demonstrating martial arts and potters finishing their creations in the ovens, which are also used by chefs to cook pancakes and eggs to entertain the guests. The visitors can also sample old traditional recipes like ubagynė (‘for the poor’) and even taste the elixir of youth prepared by old medicine experts according to ancient recipes!

Vytautas the Great is without doubt one of the most prominent and important figures in Lithuanian history. His glorious victory in the Battle of Grunwald, the expansion of the Grand Duchy of Lithuania from the Baltic to the Black Sea and other important achievements mark very important milestones in the history of Lithuania.

Every year, on the day of Vytautas’ death, 27 October, everyone is invited to Trakai Island Castle to take part in the events commemorating the Grand Duke. Tributes to Grand Duke Vytautas are paid in the main hall of the Castle. He lived a long life and admirably followed his ambition to become a king. His life, surroundings, medieval culture and other topics are discussed during the event. The celebrating guests can also enjoy a live music concert on the occasion. 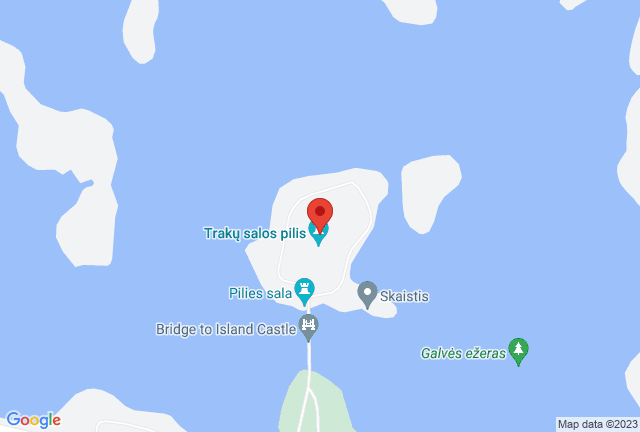