The small town of Šumskas is located near the Belarusian border, about 32 km east of the capital city of Vilnius. Right in the centre of the town, lies an original late Baroque style architectural ensemble. Šumskas Church of Saint Michael the Archangel and the Dominican Monastery complex sit on a small hill surrounded by abundant greenery. Gates of the belfry lead visitors to the churchyard. The territory of the complex is tranquil and well maintained. Visitors have a chance to learn more about its history, chapels, artwork etc.

The Church of Saint Michael the Archangel is a light-coloured brick structure and is reminiscent of the late Baroque and early Classicism styles. It is a massive, symmetrical, tower-less church with an original main façade décor and arched windows positioned in deep niches. The churchyard is surrounded by a stone fence. The belfry and the gates are harmoniously integrated into it.

The interior has several stylistic features typical of the Dominican tradition: there are many crucifix sculptures on the church altars. Notably, the reflection of Christ’s suffering is of paramount importance to the friars of the Dominican Order. The church walls are largely decorated with murals and dominated by illusory paintings. It portrays the effect of space and grandiosity of the Baroque-style painting. With the help of special theatrical effects, the illusion is created that these are not paintings, but rather live images. Three chapel altars and the surrounding paintings were decorated using this particular technique.

The altar of Šumskas Church is decorated with an expressive 18th - century painting St. Michael the Archangel. This painting has dynamic features of the Baroque style and portrays the victory of Archangel Michael in his battle against the devil.

Today, the Church of Saint Michael the Archangel and the Dominican Monastery have been renovated. They belong to the Naujoji Vilnia Parish, and services there are held in the Polish language.

Shortly after the beginning of the church’s construction, the Szumsk family also initiated the construction of a monastery nearby. The Dominican Order friars settled there at the behest of the noble family. Historical sources state that after a few years, the Szumsk family handed the ownership of the town over to the monastery!

The construction of the current Church of Saint Michael the Archangel was started almost a 100 years later in the 18th century. Construction works lasted for 20 years, and the two-storey wooden square-shaped monastery was joined with the church. The church was consecrated in the name of Michael the Archangel in 1789. Interestingly, the Dominican friars ran a parish school and a care house for the disadvantaged at the premises of the church.

The church and monastery complex went through its own hardships. At the beginning of the 19th century, French troops caused great damage to the buildings of this ensemble, especially damaging the monastery's library. Shortly after, Russia’s tsarist government became very aggressive towards the Catholic Church. It went as far as closing the monastery, converting the Catholic Church into an Orthodox Church and forcibly converting people to the Orthodox religion. During this period, architectural features of the church and its interior were severely damaged, and baroque volutes (décor features) at the top of the main façade of the church were torn down.

The fate of the painting of the Virgin Mary remains a mystery. At the time, the painting had beautiful silver-plated fittings and was said to have special powers.

The Church of Saint Michael the Archangel and the Dominican Monastery were only returned to the Catholic community during the First World War. Unfortunately, before Lithuania regained its independence, the ensemble belonged to the Soviet collective farm of Šumskas. During this period, the structures suffered the greatest damage: all the Dutch-tile stoves and wooden staircases were broken, the steps taken apart and completely destroyed.

Jesu in te confideis the Latin phrase that translates as ‘Jesus, I trust you’, and it is inscribed in the wall of the belfry. This is the first thing that visitors to the Church of Saint Michael the Archangel see, and it encourages everyone to contemplate. The belfry and its gates are incorporated into the stone fence surrounding the churchyard – and are located directly in front of the main entrance to the church.

Visitors to the Šumskas Church ensemble are invited to take a look at its road cross in the churchyard. The 19th-century monument bears memorial boards honouring the Kamienskiai family and Felicija Sventickienė. When guests take a stroll through the pristine monastery garden, they find a chapel decorated with St. Fatima and St. Anthony’s majolica (majolica is a special type of ceramic décor that came from the island of Majorca).

The Dominican Order, also known as the Order of Preachers, was established in the 13th century by the Spanish priest Dominic of Guzmán. Translated from Latin ‘domini canis’ means the ‘The Hounds of the Lord’. So, one of the main symbols of the Order is a white dog with black spots carrying a torch in its mouth as a symbol of acquisition and transmission of knowledge.

Since ancient times, Dominican brothers have been known to lead a contemplative lifestyle. They used to set up schools and universities, and they would teach there, too. Their main goal is to study, preach and spread the Gospel. Other common symbols of the Dominican Order are a book, bread, a star, a rosary and a lily. In the Christian tradition, a lily is associated with purity, beauty, resurrection from death and the Virgin Mary. 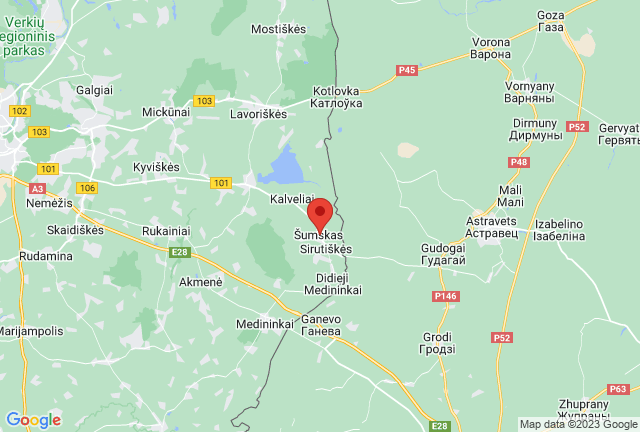