The brightly coloured brick St. Ignatius chapel is located on the outskirts of the forested Vilnius region, about 15 km east of Nemenčinė and close to the Belarus border. It dates back to 1837 and is famous for its yearly celebrations at the end of July to mark the feast day of St. Ignatius, the patron saint of the area.

The feast day is attended by crowds of believers not only from the parish of Buivydžiai, but also from more remote corners of Lithuania. The feast honours St. Ignatius of Loyola as the patron saint of this part of the country. He is also famous as the founder of the religious order of Jesuits, called the Society of Jesus. The chapel of Pričiūnai is decorated with an inscription in Latin, which is the motto of the Jesuits: Ad maiorem Dei gloriam, or ‘for the greater glory of God’.

Two memorial boards over the entrance to the chapel remind us of important historical facts. One of them honours the founder of the chapel, Antonas Lazarevičius, and has the year of the construction of the chapel, 1837. The other one mentions Vanda Boniševska, a nun of the congregation of the Sisters of Angels who lived in Pričiūnai for nearly 20 years and was highly respected among the parishioners due to her tireless apostolic activity, her support for the persecuted and her stigmatas.

Every year, the parish of Buivydžiai organises a remembrance week in honour of Sisters Vanda Boniševska and Helena Majevska. Traditionally, the pilgrimage called ‘In the footsteps of Sisters Vanda Boniševska and Helena Majevska’, goes fromBuivydžiai to the chapel of St. Ignatius, and takes about 4 hours. They say that the surrounding area of Pričiūnai is a magical one, and those who visit this part of the country usually experience willingness to become better people and get even closer to God.

Celebrations of the Feast Day of St. Ignatius

St. Ignatius day is 31 July, and celebrations marking the feast day are held yearly in the chapel at the end of July or beginning of August. The celebrations attract not only believers from Lithuania, but also the Sisters of Angels congregation, guests from abroad (especially from Poland) as well as members of Parliament, members of the European Parliament and other representatives of the state governing bodies.

It has become a tradition to bless the cars of the guests during the celebrations of the feast day. Coincidentally, the last week of July is also the feast of St. Christopher, the patron saint of all drivers. A band plays religious and secular songs on that day, and specialists in various areas are invited to provide useful knowledge to visitors, e. g. how to take care of your health without chemical medicine.

Sisters Boniševska and Majevska are at the centre of the service. The celebrations honour their apostolic work in the Pričiūnai community and beyond. Visitors seek to get a deeper understanding of the sisters’ teachings, to acquire spiritual strength and grace.

Ignacio Lopez de Loyola was born at the family castle of Loyola in the Basque Country (northern Spain) in 1491. He is often referred to as a soldier-saint, but in reality, he fought for just a few months in his life. He dreamed of military deeds and achievements, but he was severely injured by a cannon shell in the battle of Pamplona and had a limp for the rest of his life. While he was recovering from the injury after the unfortunate battle he converted to Christianity and lived a pastoral life ever after. Today, Ignatius of Loyola is famous around the world as the founder of the Society of Jesus, or the religious order of the Jesuits.

Notably, the Spanish name of the Society of Jesus,Compañia de Jesus, could be translated as ‘the company/squadron of Jesus’.

In the long run, Ignatius of Loyola understood that continuously functioning, stable institutions are needed in order to convert people to faith and excite their desire to spread God’s will. With this in mind, he started creating Jesuit schools and taught in them. The Jesuits established Vilnius College in the 16thcentury, and a few years later it received the status of the first university in Lithuania in accordance with the King’s privilege and the Pope’s bull.

His study ‘Spiritual Exercises’ is worth consideration. Its formulations had been developed for almost 20 years until it became the manual for each Jesuit. The work commemorates Loyola’s own road to spiritual cognition and the wisdom he picked up from other people. The book is not an easy read, but it reveals the key secret of spirituality and a very simple main truth in life: to love and serve God ‘with all of your heart, all of your soul and all of your will’.

Much of Ignatius de Loyola’s correspondence has survived until today. It comprises 12 bulky volumes, which is more than that of any other prominent people of that time. Among his famous contemporaries we find such renowned personalities as Michelangelo, St. Teresa of Avila, Martin Luther, King Henry VIII and Cristopher Columbus. All of them were ahead of their own lifetime.

Loyola was canonised in 1622. He is the protector of the Jesuit order, of soldiers, nuns, monks and spiritual education. St. Ignatius of Loyola is proclaimed the patron of the part of Vilnius region close to the border with Belarus.

Born in 1907, Vanda Boniševska was a modest girl with a sensitive soul, who had dreamed of the religious life since her childhood. When she turned 18, she entered the congregation of the Sisters of Angelsin Vilnius. When she took her religious vows, she moved to Pričiūnai and was engaged in apostolic activity, and provided assistance to persecuted young people, priests and teachers.

In 1933, Vanda’s first stigmatas appeared on Maundy Thursday. This is considered to be a wonder phenomenon when red marks or wounds appear on various body parts (usually in the same places as those made on Jesus' body when he was fastened to the cross with nails). According to witnesses, Sister Vanda usually experienced it on Thursdays and Fridays in the afternoon, and especially during Holy Week. The nun was said to experience prophecy.

Helena was raised in a pious family. In faith, she found the meaning of life and the basis for human existence. She joined the congregation of the Sisters of Angels and became a nun and thereafter lived the apostolic way of life. Unfortunately, she faced many difficulties: she was arrested and exiled for 5 years for helping a Jesuit priest.

During World War II, Helena Majevska experienced probably the most significant revelation of her life, i.e. the visitation of Jesus. Soon she turned to the blessed Michael Sopoćko, who was a devoted preacher of the message of God‘s Grace.  They cooperated in the establishment of a new congregation of the Sisters of Merciful Jesus. 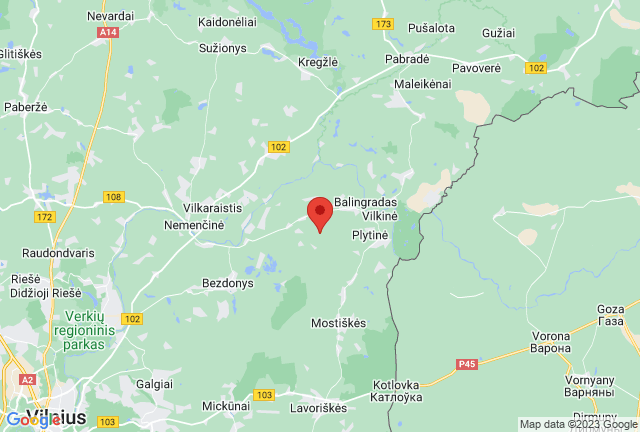