Orthodox Church of the Nativity in Bukiškis

The village of Bukiškis lies between Maišiagala and Vilnius, about 10 kilometres northwest of Vilnius. On the hill abundant with deciduous trees, next to the shore of a nameless lake stands the village’s gem – The Russian Orthodox Church of the Nativity (Russian name ‘Chram Roždestva Christova’).

The Orthodox Church of the Nativity which was once called Mary Mother of God the Protector Church is noted for its traditional architecture, common to Orthodox temples – five blue helmet-type domes that point skywards and the structure itself although small has an aura of splendour and solemnity. It is important to note the number of domes has symbolic meaning in traditional Orthodox architecture.

Many dukes who had lands is Slavic territories converted to Orthodox Christianity even before Lithuania’s Christianisation in 1387. It is one of the three main branches of Christianity.

The construction of the Orthodox Church of the Nativity began in the second half of the 19th century and was funded by General Božeranas who at the time received Bukiškis Manor from the tsarist government.

Following the First World War, Catholics tried to claim the temple for themselves. The court, however, decided otherwise and noted that it would be wrong since the general who built the original Orthodox church was an Orthodox Christian. It is speculated that the Božeranas family is buried in cellar of the church.

Bukiškis Church of the Nativity is Lithuanian cultural heritage, valued for its sacral and architectural significance. This church, one of more than 50 Orthodox churches in Lithuania, belongs to Vilnius regional eparchy. It holds divine liturgy services administers the sacraments and other services. Visitors who wish to learn about liturgy and service times are advised to call beforehand or to look up the information on the internet.

The architecture of the Orthodox Church of the Nativity has architectural features common to the style of Historicism which in a way is a blend of art styles of the past, based on scientific art history studies with modern technologies added later. Exclusive details, solemnity and grandeur dominate Historicism. This small bright Orthodox church gives the impression of luxury.

The rectangular shaped temple is constructed with an apse, a semi-circular part of the building with a semi-dome on top. In addition to the main dome, the church has side towers with four beautiful octagonal helmet domes. All of them are painted blue. It is important to note that in Orthodox church architecture the number of domes has a special significance. The five domes of the Orthodox Church of the Nativity symbolise the Saviour and his four evangelists – Saints Matthew, Mark, John and Luke. When there is one dome, it is dedicated to the honour of God, three domes refer to the Holy Trinity, and seven domes denote the seven sacraments…

Bukiškis Manor belonged to the Radziwiłł family for a long time. After the 1863 uprising, the tsar government confiscated lands from famous Lithuanian noblemen, and the manor got a new owner, General Božeranas. Božeranas, an Orthodox Christian, who decided to start the construction of a new masonry Orthodox church which was given the name of Mary Mother of God the Protector.

After World War I Vilnius district was assigned to Catholic Poland. The local faithful conferred and decided to reclaim the Orthodox church and use it as a parish chapel – filial. Filia in Latin means ‘a daughter’, filius – ‘a son’. In church structure it means a separate branch which is not designated a parish and sometimes does not have an altar. The court forbade the transfer of the Orthodox church to the Catholics, for its original purpose was to service the community of Orthodox believers. Vilnius Orthodox faithful also expressed their disagreement.

The building of the Orthodox church suffered major damage during WW II. For a long time it was impossible to take care of it. The Orthodox Church of the Nativity was only rebuilt and renovated about a decade ago.

The word Orthodoxy, or Christian Orthodoxy in Greek language means ‘tikratikystė’ (‘true faith’). In terms of number it is the second (after Catholicism) largest branch of Christianity both in Lithuania and the world. This branch of Christianity traces its roots to the ancient Greek culture and is often called the Eastern, or Greek Orthodox church. Eastern and Western churches separated in 1054 and differ in their rituals, liturgy, and language.

According to historical sources the first Orthodox community in Lithuania appeared in the 13th century. But Lithuania first encountered the Orthodox church before it was Christianised. It was usual practice that pagan dukes who controlled Orthodox Slavic lands converted to this faith. In Lithuania up until the middle of the 15th century more than 50 dukes were of the Orthodox faith.

There are six known Lithuanian saints that held Orthodox beliefs. These Lithuanians were declared saints: Daumantas, who was named Timothy, Charitina, who was a relative of Mindaugas, monk Eliziejus and Vilnius martyrs Antanas, Jonas, and Eustachijus. The remains of the three martyrs are kept in the monastery of the Holy Spirit in Vilnius.

Lithuania’s Orthodox church belongs to Moscow and the whole patriarchate of Russia. It is the second in size and one of the nine official religions in the country and has a long history of traditions. There are 57 registered Orthodox communities in Lithuania totalling about 140,000 (around 4% of the population) people. There are Orthodox churches in every major city and smaller towns. An Orthodox bishop resides in Vilnius and the spiritual Orthodox centre of Lithuania – the monastery of the Holy Spirit and Cathedral of the Theotokos call the city their home. 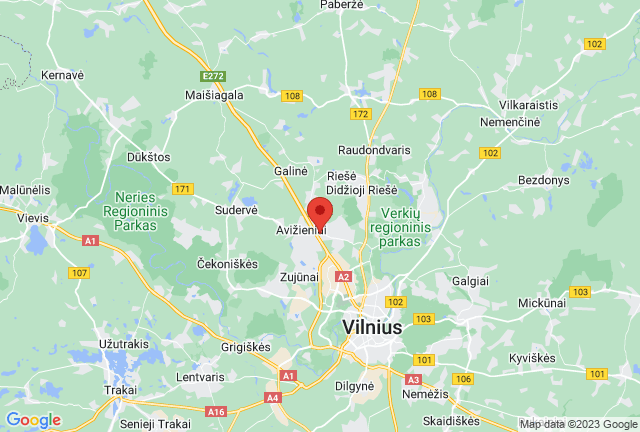