A village with an unusual name, Keturiasdešimt Totorių (Forty Tatars), southwest of Vilnius, on the edge of the district, is one of the oldest Tatar villages in the territory of the Grand Duchy of Lithuania. Existence of the settlement is affirmed by the nearby barrow cemetery – a centuries-old cemetery where round and oval shaped mounds of soil and stones were used in place of burial monuments.

The first Tatars arrived here during the rule of Vytautas the Great or, to be more exact, in 1397 when the duke returned victorious from battle and had brought some prisoners of war. It is said that Vytautas gave lodgings to 40 Tatar prisoners, hence the name of the village – Oiria Tatar.

It is worth noting, however, that there are other theories and legends about the origin of the name. One of them tells us about 42 Tatar houses at the time, while another says the word ‘forty’ derives not from the number, but from the Turkic word, meaning ‘plenty’.

The legend that is popular with many locals tells us that the Grand Duke in those days gifted the lands to the Tatars and allowed them the privilege of practicing their own faith traditions. In order to increase their number rapidly, he permitted polygamy which was their common practice. One Tatar quickly married four wives and each of them bore him ten sons! The brothers decided to found a village that is known today as Keturiasdešimt Totorių village.

A house of prayer – a mosque – stands in the very centre of village. It is the oldest and one of four operating Muslim temples in Lithuania. It is interesting that Lithuania is the only Baltic country where a Muslim house of prayer is open to the public. In 1996 the Keturiasdešimt Totorių village mosque was designated a state-protected sacred historical and architectural monument.

Visitors to the Muslim cemetery enter through metal gates adorned with decorations of the sun and grapevines, called mizaru; the cemetery is surrounded by deciduous trees. Some of the tombstones are barrows – mounds of soil reinforced with stones around it that narrow at the top. There are several cemeteries in Keturiasdešimt Totorių village that date back to the 14th century.

Not far from the mosque, the Tatar community built a stone monument dedicated to Vytautas the Great. The year of 1997 marked the 600th anniversary of the arrival of the Tatars in Lithuania and this was their way to honour their patron.

The Islamic faith-professing Tatar community originally built around 60 mosques, 24 of them within the current territory of Lithuania. Today only four of them have survived. The mosque of Keturiasdešimt Totorių is the oldest one. It is widely accepted this was the place where the first building was constructed during the reign of Vytautas the Great.

The Keturiasdešimt Totorių mosque is a square building with a four-sided hip roof. The small light tower on the roof has eight corners, is shaped like an onion and has small windows and a crescent on the top that replaces the traditional minaret (minaret – a tall tower with an open platform where the clergyman calls believers to prayer). Interestingly, minaret, manarah in Arabic means ‘švyturys’ (‘lighthouse’).

This mosque is the only one in the Grand Duchy of Lithuania that lacks mihrab. Mihrab in ancient Arabic culture serves as the throne of the emir, while in architecture it is a special part of a mosque –  a niche covered in marble or ceramic tiles that points in the direction of Mecca. Every believer in every corner of the world is required to pray facing Mecca, the native city of the Prophet Muhammad.

The walls of the mosque are adorned with traditional muhirai, these are framed passages of the Quran in Arabic, written in calligraphy. Candle lights rising from wooden or silver candlesticks illuminate Mecca and Medina decorations thus creating a cosy atmosphere. The floor of the mosque is covered with green and multi-coloured carpeting where believers kneel and pray.

As is usual in other Eastern prayer houses, men and women usually pray separately. The mosque is divided in two and has two separate entrances. For acoustic reasons, the separating wall has a window and is covered in light fabric.

Visitors who wish to visit the inside of the mosque are advised to arrange it with the community leader.

The Tatar national diaspora started to call Lithuania its home at the end of the 14th century when Vytautas the Great returned home with prisoners of war of Tatar descent from Crimea, Kazan, and Golden Horde following a successful military expedition. The biggest clusters of Tatar communities appeared in the areas of Vilnius, Trakai, Minsk, and Naugardukas (currently Belarus).

Mandatory military service was the way Tatars had to repay for the gifted lands and depending upon the size of the lands, were also required to send a horse along with an armed horseman. Tatars often accompanied rulers on excursions, hunting expeditions, helped in capturing criminals, and repairing roads. Most of the residents were craftsmen and traders, especially leather traders. Nevertheless, the most popular Tatar occupation remained military service.

Interestingly, many Tatars were able to prove to Russian empire officials that they were of noble descent and began using privileges that were available to the caste. They became exempt from state taxes and military service and were also allowed to seek higher education and a career in military or civil service. Eventually a Tatar intelligentsia emerged. In 1925 the Tatar cultural and educational society was established which took on distributing local press and science publications, recording and reviving their national cultural heritage. 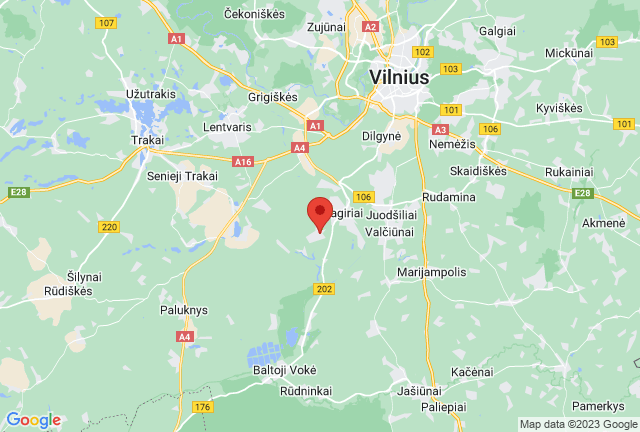