Maišiagala is located about 25 km to the north-west of Vilnius. The town is famous for its long and honourable history. People settled here back in the Istcentury A.D., which is witnessed by the Maišiagala Hill Fort that has been nicely trimmed and adapted for tourists. The castle was mentioned in the Prussian Annals (it is also called Bona Castle), and it is well known due to the fact that the Great Duke of Lithuania, Algirdas, resided there for some time. The settlement of Maišiagala is also famous for Houvalt Manor, which today houses the Centre of Traditional Crafts.

In 1989, on the occasion of the 50th anniversary of Vilnius district, a 3-metre high stone monument was erected. It turned out that Maišiagala was the first town in Vilnius district to be entered by the Lithuanian Army troops of Vilnius battalion on 27 October 1939. On that occasion, a special 1-hour radio show was broadcast for residents, which included speeches as well as folk and military songs. The next day, the troops entered the city of Vilnius, and the process of the restoration of Vilnius as an integral part of Lithuania began.

The history of Maišiagala settlement was significantly enriched by Monsignor Juzef Obrembski. This well-remembered priest served at the Church of the Assumption of the Blessed Virgin Mary. He spent about 50 years of his life in a neighbouring parsonage until his death.

The priest himself jokingly called the parsonage his little manor. Since 2013, the building houses the museum of Monsignor Juzef Obrembski. Visitors can see his own exhibition as well as learn more about other prominent figures of the Catholic Church. The backyard of the parsonage has been turned into a relaxation area that includes the monument to the priest opened in 2013. The bronze statue was cast in Poland by Stefan Dousa.

The Church of the Assumption of the Blessed Virgin Mary deserves special attention as it is one of the very first churches in Lithuania! It was erected at the initiative of Vladislav Jogaila after the Grand Dutchy of Lithuania was baptised in 1387. Today, the brightly coloured brick church invites tourists to admire its architecture characterised by neo-renaissance and neo-gothic features. It also houses a collection of valuable art works and relics.

Juzef Obrembski is highly revered by his followers. He was born in Poland and spent about 50 years of his almost 80 years of priesthood in Maišiagala. He was awarded the title of Honorary Citizen of Vilnius District and the Gold Cross of Merit (Poland). Monsignor Obrembski was called the Patriarch of Vilnius district as he was one of the oldest Catholic priests in Lithuania and Europe. He lived a long 105 years!

Throughout his life Fr. Obrembski helped other priests and his parishioners wholeheartedly. He took care not only of their spiritual life, but also supported priests who were taking refuge from the Bolsheviks or who were returning from exile in Siberia. He also saved people from exile. During the Nazi occupation, he even saved several villages from total destruction.

The last wish of Monsignor Obrembski was to establish a place of memory at the parsonage to commemorate all the priests and nuns who were persecuted and even sacrificed their lives for their belief. The museum was opened in 2013 with the presentation of prominent Church personalities, an exhibition of various artefacts, documents and important archives that witness the hard times of the Church in the 20thcentury.

Part of the parsonage is devoted to an exhibition in memory of Monsignor Juzef Obrembski. It pictures the priest's life with a display of his own private belongings: photos, furniture, clothing, liturgical books he was studying, etc.

The museum also organises cultural and educational events: meetings, discussions, educational workshops attended not only by children and young people of the community, but also by many residents and guests of Vilnius district. They are offered recollections and thoughts on belief and spirituality.

The 19thof March is a special day at the museum of Monsignor Juzef Obrembski, as it is his name day. On this day, a celebratory meeting is held to honour the life of the priest, and guests are traditionally treated to locally baked doughnuts. Every year the museum invites visitors for Christmas meetings and participates in the organisation of the international exhibition ‘Vilnius – a City of Grace’.

The museum is open from Wednesday through Sunday. We advise you to check the opening hours before your visit. 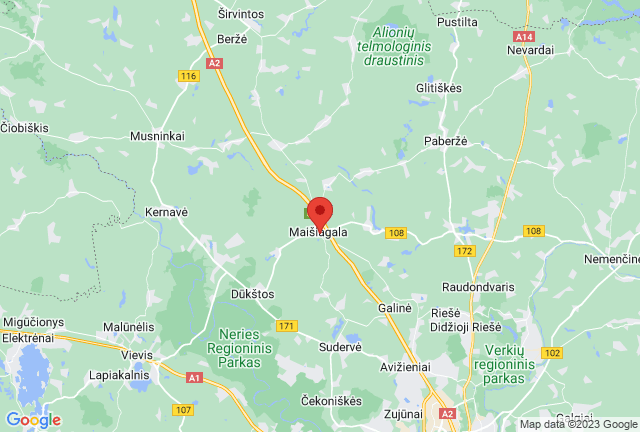