If you take the old Vilnius-Minsk road in the direction of Rukainiai village, you will come to Bareikiškės village at the 14 km sign. A small manor in the village has long been associated with one of the most famous 19th-century Lithuanian poets. Władysław Syrokomla rented the manor from its owner, Count Benedykt Tyszkiewicz, and lived there with his family. Syrokomla, a poet, playwright and publisher, spent a very prolific eight years at the estate.

The estate was a typical Lithuanian rural style homestead surrounded by grass and outdoor flowers. For the first half of the 20thcentury, before the start of World War II, it was a school named after Władysław Syrokomla. Later, Bareikiškės village library was relocated to these premises. The year of 1973 marked the celebration of the 150thanniversary of the poet’s birth, so his office was turned into the memorial Syrokomla Museum. It gives visitors an opportunity to see the poet’s furniture, portraits, books and other personal belongings.

In the courtyard there is a desk made from millstone. Syrokomla used it for writing many of his poems and also welcomed his guests there. Nearby, there is a black granite memorial table placed there in honour of the poet in 1897. A lyra is carved on the surface of the table accompanied by a quote from his famous poem ‘Village Lyricist’.

The most creative years of Syrokomla’s life were spent in Bareikiškės. The renowned and widely quoted 19th-century poet wrote 24 pieces while living there. Publishers are said to have competed for the right to publish his new poems, willing to pay as much as two zloty per piece! The poet‘s literary work helped him to suppport his estate and his large family.

The staff members of the Syrokomla museum organise various educational and cultural activities. Ceramics lessons are held in the specifically equipped antique cellar. Visitors are also invited to have a closer look at the art of calligraphy. An open-air amphitheatre brings together poets, literature and poetry lovers who participate in the annual poetry and music festival named ‘Syrokomla’s Lyra’. The Tourist Information Centre offers guided tours to neighbouring suburbs to find out more about the history of south-east Lithuania as well as its present life. Tours to visit the cultural monuments of Vilnius Region are part of the route.

The museum is open Wednesday to Sunday. It is advisable to check the opening hours in advance. The museum is easily accessible by car and there is also a bus that leaves from Vilnius bus station.

Ludwik Władysław Franciszek Kondratowicz was born in 1823, in Smolhava (Mohiliov Region, Belarus). His professional pseudonym was born by using his middle name and the name of the family’s coats of arms. He was raised by his impoverished noble family and took a liking to books from his early days. It is said that at the age of six he read a 10-volume poetry collection by Ignac Krasycki.

At the age of 21, Syrokomla married and had four children. The family then lived in the village of Zalučai, where the poet started his writing career. Unfortunately, in 1852, three of his children died in an epidemic. Following this terrible tragedy, the family moved to Vilnius and half a year later, to Bareikiškės.

Syrokomla stayed mainly at his estate, but also visited Vilnius on many occasions. He mentions the city very often in his poetry, and several of his verses are dedicated to Vilnius, including his poemMarcin Studzieński.

The poet’s life was very short as he died before turning 40. Still, during this lifetime he touched the hearts of many. The last sanctuary of the tuberculosis-stricken poet was the house of A. Bobiatinski on the former Botanikos street in Vilnius. Most of the residents of Vilnius came to say their last goodbyes when he was buried on the Hill of the Literati in Rasos Cemetery. For a long time, his tomb was marked only by a tall pinewood cross, but later a modest monument was erected. It contains a quote ‘He died while playing the lyre’ from Syrokomla’s famous poem Village Lyricist.

The period of Władysław Syrokomla’s life in Bareikiškės village was an extremely productive and successful chapter of his career. He wrote poems, satires, comedies and made translations of Lithuanian and Polish Renaissance poetry from the Latin language. While living in Bareikiškės he wrote some of his most famous poems including a historical poem Margiristhat describes heroic battles of Lithuanians against the crusaders, and the comedy Cabin in the Forest,which was described by the poet himself as a ‘curiosity drama’. Syrokomla wrote in the Polish and Belarusian languages.

Thanks to his famous trip descriptions ‘Trips from Vilnius Across Lithuania’ and ‘Nemunas: from Springs to the Mouth of the River’, Syrokomla is known as the father of modern rural tourism. His detailed poetic descriptions of travels across the Trakai Region inspire readers to get to know their country in a multidimensional way:‘The soil of research in Lithuania is as wide and inexhaustible as the sea. Everyone will find something interesting there, be it a geologist looking into the depths of the soil, a botanist, a farmer or a historian studying Lithuanian hillforts, ruins of castles and churches or reading through the archives. Even a poet will find inspiration for his voice in folk songs and stories. We will all reap an abundant harvest that previously has been unseen when we looked into the modest, but nice and kind face of our land’.

Syrokomla’s creative work is dominated by the history of Lithuania, nature and its people. His creations are valuable sources of 19th-century history. His love for his Motherland and its importance was revealed in a number of his creations. ’It seems to me that the direct expression of what we call one’s love for their homeland lies in the study of the country from a historical, natural, ethnographic, archaeological and geographic point of view. Otherwise, how can you love or spill your blood for something that you do not know or understand’. 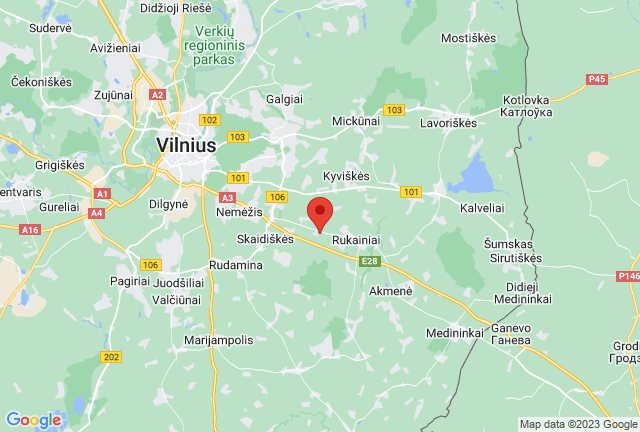