The Site and Grave of Mass Massacre of Jews in Nemenčinė

The village of Nemenčinė is nestled approximately 20 kilometres northeast of Vilnius, at the junction of the Nemenčia creek and the River Neris. The village named after the creek used to be called the slavic way – ‘Nemenčinas’. Spectacular views of the Neris valley open up from the main square of the cultural centre.

Archaeological findings reveal that the territory was inhabited back in the first century AD. A number of artefacts were discovered at the foot of a hill fort near the village. The 13th-century hill fort was known for its impressive defensive castle of Lithuania’s King Mindaugas. It is known that Nemenčinė-area residents fought against the army of the tsar army and many men perished in the battles.

WW II was an especially painful time for Nemenčinė. During the brutal year of 1941, many local people suffered. Hundreds of Lithuanians, Poles and people of other nationalities were killed or deported to Siberia. Probably the most gruesome wound inflicted during the war was the Holocaust. The old Jewish community that lived in Nemenčinė and its surroundings were killed off by Nazis with the assistance of locals. Moreover, the Jewish synagogue and its school were burned down.

A memorial monument in memory of Holocaust victims was built in the Nemenčinė forest. Every year a commemorative event is held near it with visitors from area villages and guests from Israel and other foreign countries (especially the United States and Great Britain among others).

In addition to the memorial dedicated to Holocaust victims, there is another important place for this nation with its tragic fate – The Old Jewish Cemetery. Not only is this place especially important for the Jewish community, it also serves as a valuable cultural heritage we are obligated to pass on for future generations.

Three kilometres west of Nemenčinė village in a pine tree forest stands a monument with an inscription in the Lithuanian and Yiddish languages. It says: ‘Here in 1941, on the 20th of September, Nazis and their accomplices executed 403 Jewish people’. It marks the place where practically the whole Nemenčinė Jewish community was wiped out.

Previously stories and memories about executions and traitors of Jews used to emerge slowly, while today people are more and more inclined to share their stories, therefore more and more historical information and testimonies of residents about who helped the prosecuted and condemned fellow citizens is being written down. Saviour remembrance is commemorated in the Yad Vashem Museum in Israel.

The word Holocaust is a two-part Greek word: olosmeans ‘whole’, while καυsτόsmeans ‘burned’. In Hebrew language holocaust is called HaShoah, or a catastrophe. The term shoah is also used regularly.

Genocide in Lithuania commenced during the first month of the war. Nazis were often helped by local police, especially to execute tasks such as arresting Jewish people or assembling the community for supposed relocation to work camps. They used to hoard people into the centre of a market and then confiscate their belongings and separate men from their women, children and the elderly.

Mass murders of Jews were usually carried out in the closest forest. After the condemned themselves dug deep ditches, the shots followed...  Fearing an uprising, men were usually shot first. After Nazi SS groups and their local collaborators finished the execution, they divided up the valuables collected from the victims.

Methodical annihilation of Jewish communities was occurring throughout Europe during WW II. It is estimated that during that period a total of 6 million Jews perished. In Lithuania close to 200,000 Jews were murdered and that means the majority of them were victims of these actions.

The Holocaust is a painful reminder of what befell the world in the 20th century. Thousands of Lithuanian Jews accumulated some very valuable cultural heritage. We lost many artists, scientists and other talented personalities. Every year on the 23rdof September, during Holocaust Remembrance Day in Lithuania, people visit Jewish mass murder sites, victims and their works are remembered.

The sizable Jewish community in Nemenčinė district dates back to the 17th century. In the 19th century they comprised about three quarters of the village's population. The story of community life in Nemenčinė is told by the old Jewish cemetery which is designated a historical Jewish heritage object, a reflection of everyday life in the Jewish community and an integral part of their cultural identity. A diverse variety of tombstone monuments from different periods of time can be found here – many sizes, forms, and materials. Monuments are inscribed with Hebrew characters. And while the old Jewish cemetery is a part of the immovable Jewish cultural heritage registry, today most of the monuments have collapsed, are broken or overturned. 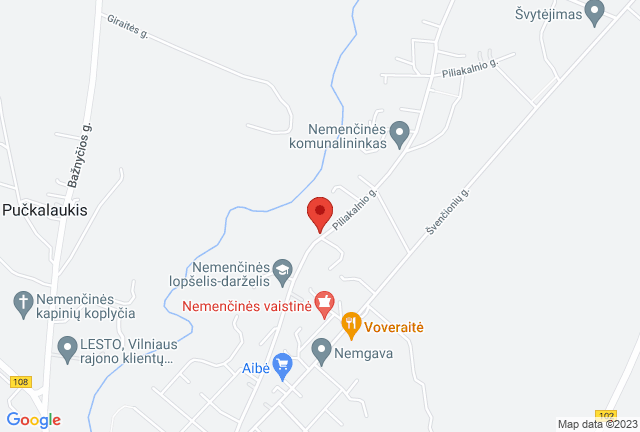