The spectacular Trakai landscape, abundant in lakes and rivers, is distinguished not only by its natural heritage, but also by its rich cultural and historical heritage. On the peak of the peninsula on the west bank of Lake Luka (Bernardinai), stands a hill fort. It rises 17 metres above the ground and is called Sacrifice Hill – although there is no known reason for the name. There are very few trees on the top of the hill and thus it offers a wonderful view of the spectacular landscape of Trakai Peninsula Castle and its surrounding lakes.

A hill fort is a hill with a castle which is or once was at the top of it with a visible dyke made of soil. Interestingly, in Lithuanian the word “pilis” (Eng. a castle) is derived from the word “pilti” (Eng. pour). Sacrifice Hill is one of about 1,000 hill forts found on Lithuanian territory.

The main function of Sacrifice Hill, like most other mounds, was to protect the castle and the surrounding settlement. The locals as well as troops would gather on the platform at the top of the hill to defend themselves from attackers. The estimated length of the platform is about 45 metres and it is 17 metres wide. The mound’s safety is further ensured by the 18-metre-wide and 3-metre-deep ditch surrounding it.

In 2005, according to the order of the Minister of Culture of the Republic of Lithuania, Sacrifice Hill became a state-protected site. Presently, various events take place at the foot of the hill fort including the Medieval Festival, equestrian competitions, old car exhibitions and so on.

Origin of the Name of Sacrifice Hill

The hill fort located on the territory of Trakai Peninsula Castle has been called Sacrifice Hill since ancient times. Although, it is still a mystery how this name came about.

According to a well-known legend, the hill was used to make sacrifices to the pagan gods. Count Eustachy Tyszkiewicz who explored this hill in the middle of the 19th century, discovered a perforated spoon.  According to the archaeologist, this spoon was used to collect the victims’ blood in sacrificial rituals.

Later, other archaeologists examining the perforated spoon established that it was a much earlier product. Therefore, no reliable sources have been found to prove that Sacrifice Hill was indeed once a pagan sacrificial site.

The Hill Fort as Defensive Structure

The main purpose of the mound was to defend, therefore, people always sought to install mounds in areas protected by a variety of natural barriers. From the defensive perspective, hills protected by surrounding bodies of water or steep slopes were especially useful and suitable for hill fort construction.

The height and steepness of the hill’s slopes were important signs of the mound’s inaccessibility. Additional protection of the castle was ensured by the construction of natural obstacles like man-made ground piles or ditches. Indeed, climbing the 17-metre-high Sacrifice Hill can be a serious challenge. Fortunately, today you can use steps that have been added to the south west slope to climb the hill and enjoy the view.

Today, it is especially difficult to find a mound in Lithuania that would still have its original appearance. Often you need to use your imagination to picture their former steepness, ditches and barriers. Alternatively, try to imagine the significant weight of the armour and weapons that knights had to carry. Incredibly, a knight’s armour could weigh anywhere up to 40 kg.

Construction of the Peninsula Castle took place in the middle of the 14th century and was carried out at the order of the Grand Duke of Lithuania Kęstutis. In the 15th century, under the rule of the famous Grand Duke Vytautas, the Trakai Peninsula Castle, also known as the Great Castle, was one of the Grand Duke’s residencies. It was an integral part of the defence complex of Trakai and the capital city of Vilnius. After the death of Vytautas, the Grand Castle became the residence of the Dukes Švitrigaila and Žygimantas Kęstutaitis.

Over time, the castle was abandoned by the dukes and was consequently used for different purposes. Interestingly, at the beginning of the 16th century, the Peninsula Castle became a prison. The messengers of the Grand Duke of Moscow and other high-ranking enemies or captives were imprisoned there. Eventually, in 1655, the Peninsula Castle was destroyed. It was only two centuries later, at the end of the 19th century, with the revival of archaeological research, that restoration works of the defence complex began.

Events held at the foot of Sacrifice Hill every summer attract thousands of visitors. Participants of these unique medieval celebrations compare the experience to one of being in a time machine taking them to the hustle and bustle of a medieval town. Lots of merchants and craftsmen sell the various creations of potters, blacksmiths, sculptors, jewellers and other artists. The Festival features a special coin mint which allows visitors to mint their own medieval coin.

An open kitchen offers an impressive variety of exotic cuisine choices. Street performers, knights showing their stamina, courage and serenity, sounds of old music ensembles and blacksmiths’ hammers – all create a unique ancient spirit and bring the atmosphere of a medieval castle and city life alive. 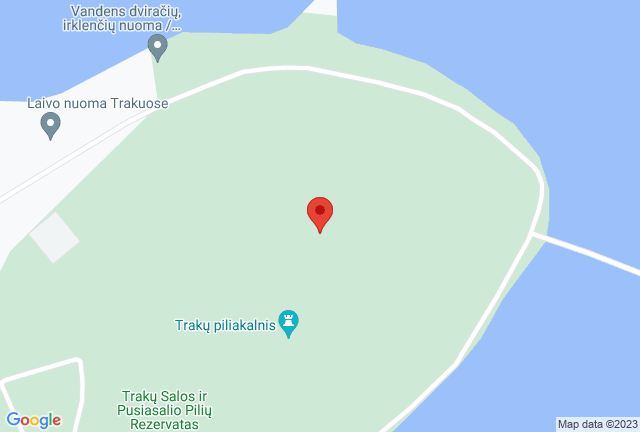