Pikeliškės Village is located at the crossroads of the old Molėtai highway and the Nemenčinė-Maišiagala-Vievis bypass in Vilnius District. From the main road a leafy alley leads visitors to the local gem – Pikeliškės Manor. Built in the middle of the 18thcentury, this relatively modest one-storey classic-style manor is surrounded by a small park which has many spectacular century-old trees including oaks, birches, linden trees and maples.

Pikeliškės Manor sits on a small hill on the northern shore of Lake Žalesas (Pikeliškės), and it has been recognised as an architectural and landscape monument of local significance. In 1992, it was included in the list of cultural monuments of the Republic of Lithuania.

The manor, located only about 16 kilometres from the capital of Lithuania, is famous for the fact that between 1930 and 1934 its owner was the Polish Marshal Jozef Pilsudski. The manor became the Pilsudskis’ summer residence hosting multiple meetings between Polish leaders and foreign ministers. Pilsudski also set up a primary school on the estate! Following his death, the estate remained in his family for only for a short period of time. In 1940, it was nationalised, and after World War II, various institutions were established there including a collective farm office and a village dance hall among others.

Today, the Pikeliškės Manor building has been newly renovated and is occupied by the Pikeliškės Library, a branch of the Central Library of Vilnius District Municipality. Every year, the Vilnius Regional Harvest Festival is held at the manor and brings together people from a number of surrounding towns. In addition, the beautiful manor facilities welcome private celebrations as well.

History of the Manor

Written sources suggest that in the first half of the 18thcentury the manor belonged to a member of the Smolensk Diocese, Jonas Meduneckas and later – to St. George Canyons Monastery and the relatives of Jonas Meduneckas. Very thick walls and giant oven hearths indicate that the manor was built in the middle of the 18thcentury. Some data suggest that the manor also belonged at one time to the noble Pisankafamily.

Pikeliškės Manor is quite modest in its design and features subtle and moderate ornaments. The main entrance of the building is decorated with a portico of Tuscan columns. A small set of steps leads visitors from the south porch to the lake shore. The park territory surrounding the manor was likely formed in the 19thcentury during the classicism period.

Interestingly, the owners of Pikeliškės Manor did not participate in the rebellions of 1831 and 1863, thus avoiding the sequestration of the Manor. Sequestration was one of the ways used to nationalise property, when the manor size was measured, an inventory was made of all possessions and certain limitations or bans were imposed (property sequestrated).

In 1930, the manor was purchased by Aleksandra and Jozef Pilsudski. Interestingly, at that time the cavaliers of the Virtuti Military Order were able to exercise their right to receive a small manor. Both Marshal Pilsudski, who was the leader of Poland at the time, and his wife Aleksandra were awarded the order, thus they were allowed to choose a very large estate, which comprised 35 ha of arable land, 25 ha of meadows and 73 ha of the territory of the lake.

The Pilsudski family liked Pikeliškės Manor a lot. It was in a very poor state when they took it over so major renovations were undertaken. The estate, apart from the main manor and the park around it, also included stables. Today's visitors can see only the remains of this building, but they still canadmire the horses in a special enclosure nearby.

Jozef Pilsudski was born on 5 December 1867, in the manor named Zalavas in Švenčionys district. He was the fourth of twelve children. The Pilsudskis, as was characteristic of other old Polish and Lithuanian noble families, raised their children to embrace the history of the past and foster patriotism.

According to historians, the story of the noble Pilsudski family in the Grand Duchy of Lithuania was quite typical of the time: they were completely Polonised, did not speak Lithuanian and hoped for aunion of Lithuania with Poland. However, they cannot be considered truly Polish and should be identified as gente lituanus natione polonus(Poles of Lithuanian descent).

Having graduated from a gymnasium in Vilnius, Jozef Pilsudski went to study medicine at Kharkov University. There he became interested in the revolutionary ideas of ‘Narodnaya Volya’ (Eng. People’s Will) and got involved in socialist activities. Consequently, he was expelled from the university and spent five years in exile in Siberia.

Marshal Pilsudski had a controversial personality. His words and work in the political arena were just as controversial. It is said that his active pursuit of the unification of Lithuania and Poland only damaged the relations between the two countries. In 1920, Pilsudski staged a rebellion of the Vilnius region, during which nearly a third of Lithuania's territory, including Vilnius, was occupied and annexed by Poland.

The same year he became the First Marshal of Poland. Pilsudski had a number of ambitious yet unfulfilled plans, one of which was to bring together a strong Central and Eastern European military alliance named Intermarium.According to Pilsudski, a union of nine states of the timecould have resisted their two unpredictable neighbours – the Soviet Union and Germany.

In 1935, Pilsudski was buried alongside the kings of Poland and Lithuania and other prominent figures inWawel Castle inKrakow. At his personal request, his heart was buried in RasosCemetery in Vilnius, the city of his youth. 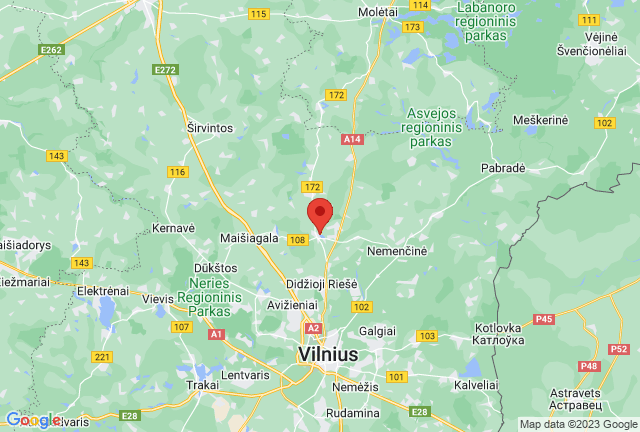