The Vilnius–Minsk highway of today has for centuries been one of the largest and oldest trading and military action routes and was established in the first millennium AD. It stretches to the East in the direction of the Medininkai Customs Post.

Establishing state border control is one of the main elements of the country’s independence. When the country regained its independence on 11 March 1990, Lithuania began establishing state customs posts at its borders. This was a very tense period, as the Soviet Union did not recognise Lithuania’s independence and sought to divide and destabilise it. The Soviet military together with the special OMON military forces attacked and wrecked Lithuanian border checkpoints and customs posts. Unarmed customs officers were attacked and wounded, buildings and documents burnt and Lithuanian flags ripped apart, etc. According to calculations, 18 attacks were conducted during which 35 employees of the National Defence Department and 27 customs officers were injured.

Tragic events also touched Medininkai. In the summer of 1991, shortly after Lithuania regained its independence, tragic news spread across the country. In the early hours of the 31stof July, the Medininkai Customs Post came under deadly attack. A Soviet Special Purpose Police Unit OMON ambushed the customs post officers in the line of duty. Seven Lithuanian officers were mercilessly shot and killed including officers of the Special Division ARAS, the road police and customs officers. One of them survived having sustained severe injuries.

In 1993, in honour of this tragic event, a black granite monument with seven white marble crosses was erected near the old Medininkai customs trailer. The seven crosses symbolise seven Lithuanian border guards who sacrificed their lives. Architects Algimantas Šarauskas and Rimantas Buivydas are the authors of the monument.

The only survivor, customs officer Tomas Šernas, suffered severe injuries during the ambush. He has remained permanently disabled since. According to a decree of the President of Lithuania, the victims of the Medininkai massacre were awarded the Cross of Vytis (now the Grand Cross of the Order of the Cross of Vytis). Those killed were buried in Antakalnis Cemetery next to the victims of the 13thof January attack. The memory of the victims is honoured during an annual Medininkai-Vilnius relay.

In 2001, a memorial museum was opened to commemorate the Medininkai massacre. It became a division of the Customs Museum of the Republic of Lithuania. Close to the Medininkai border post, protected by a glass shell, the original trailer where the bloody attack took place is on display. Medininkai border post trailer still contains the preserved objects that were there when the massacre happened. A book for registering cars crossing the border is still on the table (proof of the formality of the newly established border control). Although the wagon was renovated, blood marks on the floor remain untouched. The caretaker at the Medininkai Memorial claims that at that time, customs officers and border guards worked in extremely unfavourable conditions without telephone, electricity or hot water. They used to ask local residents for boiling water to make tea or coffee.

Today, the 31stof July is the commemorative day of sacrifice for the freedom of the people of Lithuania. The old Medininkai border trailer and the monument of the seven crosses serve as a symbol of consolidation of the struggle for Lithuania’s independence. The museum can be viewed only by prior arrangement with the Customs Museum or the Border Post management.

It was early in the morning in July. Eight men were on duty at the Medininkai Customs Post. Four were positioned in the trailer, two outside it and two more about 50 metres away. Suddenly a number of armed attackers who were part of the Special Purpose Police Unit OMON appeared. The Russian-speaking assailants took all the officers into the trailer. They ordered everyone to lie down on the floor and at least 13 shots followed. The Lithuanian officers were shot in the head, execution style... Six of them died at the scene and two more were taken to the hospital with severe injuries within a couple of hours. Only Tomas Šernas managed to survive.

The sole survivor of the massacre recalls that he was not overwhelmed by fear as no one had died during previous similar incidents. Before the events of the 31stof July 1991, the Medininkai Customs Post was attacked on at least four other occasions. This prompted authorities to send officers of the Special Division ARAS to the customs post.

Notably, on the 29thof July, Vytautas Landsbergis, the President of the Supreme Council of the Republic of Lithuania and the Head of the Reconstituent Seimas, and Boris Yeltsin, the President of the Russian Federation, met in Moscow where they formally signed agreements establishing relations between the states that concerned cooperation and development of the Kaliningrad Region as well as the opening of diplomatic missions. The Russian Federation finally recognised Lithuania’s independence. Unfortunately, the official documents did not prevent the aggression…

The Special Purpose Police Unit OMON troopers from Riga and Vilnius divisions were the perpetrators of the bloody attack in Medininkai. In the spring of 2011, Konstantin Michailov, a Latvian citizen and a former OMON officer, was given a life sentence for crimes against humanity. In addition, default judgments against Andrej Laktionov, Česlav Mlinyk and Aleksandr Ryžov entered into force. These former OMON officers were not imprisoned because, according to the Constitution of the Russian Federation and its Criminal Code, Russian citizens who have committed a crime in another country are protected by the state and are not extradited to other states. 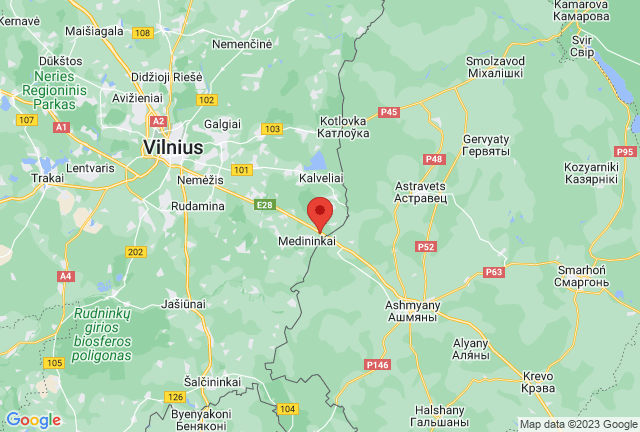