Maišiagala Hill Fort and the Monument to Grand Duke Algirdas

Maišiagala settlement is located about 28 km north-west of Vilnius. Maišiagala was mentioned in the written Prussian Annals as early as the 13th century. Later, these lands belonged to the Grand Duke of Lithuania, Algirdas. However, it is likely that the first settlements appeared here in the first part of the first millennium AD: this is evidenced by the mound located in the south-west of Maišiagala and the remainders of a settlement at its foot.

Lithuanian hill forts are a testament to the nation’s great history. They never stood alone and formed a solid and rather tight network of state defence castles. Maišiagala’s wooden castle probably belonged to the inner ring of Vilnius castles. Historians believe that the golden age of Lithuanian hill forts was the time of Algirdas’ reign, when fierce battles for freedom and religion took place. In less than 40 years, the nights of the Tectonic order held 96 crusades against Lithuania and destroyed 22 castles!In response, Lithuanians attacked the Order 50 times and destroyed 17 of their castles. These were special achievements of Algirdas, the last pagan Grand Duke of Lithuania, and his brave men.

In 1992, Maišiagala Hill Fort was recognised as an architectural, historical and monumental landmark. Ten years later, in 2002, a monument in honour of Grand Duke Algirdas was erected at the south-west base of the mound. Algirdas was sometimes called ‘The Victorious Warrior’. During his reign, he encouraged urban growth, trade and culture, and made Lithuania a stronger and more centralised state.

Each year, at the beginning of autumn, an annual celebration to honour Algirdas is held in Maišiagala. Following a service at the local church, guests are invited to march towards the Maišiagala Hill Fort. There they enjoy performances of various musical ensembles, theatrical concerts, etc. National celebrations around the bonfire continue late into the night.

In 1989, during the celebration of the 50th anniversary of the reclamation of Vilnius Region, a monumental stone was erected, and an oak grove was planted in Maišiagala. Gediminas’s pillars and inscription were carved on this 3-metre-high monument commemorating this important anniversary. On 27 October 1939, Maišiagala became the first town in the Vilnius Region which soldiers of the Lithuanian Army Vilnius battalion marched into. To mark the occasion, a special radio show was organised for local residents, which broadcast special speeches, folk and military songs. The next day, these soldiers marched on to Vilnius.

Maišiagala Hill Fort is covered by a few leafy trees and was erected on the south-west edge of Maišiagala near the pond, on the right bank of the Dūkšta Stream. The Mound, sometimes called Queen Bona’s (Bona Sforza) Castle, is 18-metres high and has steep slopes. Guests can use specially erected stairs to climb to the top. The look-out deck at the top of the mound is oval-shaped and spacious: it is over 60 metres long and is around 40 metres wide. It allows visitors to enjoy the picturesque landscapes of Maišiagala suburbs.

Our ancestors used mounds as a tool to defend against the enemy and saw them as a place of strength and spirituality. They serve as a testament to the famous battles that took place throughout Lithuanian history. In order to strengthen the defence, back in the medieval times a ditch 4 metres deep and 30 metres wide was dug around the Maišiagala Mound. An additional 4-metre high and 25-metre wide dyke was formed behind it. Today, the natural character of Maišiagala Mound has changed (like that of the majority of Lithuanian mounds). The naturally changing environment as well as ongoing archaeological excavations were behind these changes.

Archaeological excavations revealed a considerable cultural layer inside the mound together with a number of objects and structures testifying to previous human life. Under a nearly 2-metre thick clay layer, ductile ceramics, a variety of metal items, tools and jewellery, fragments of burnt wooden houses, and remains of animals (sheep, pigs and cats) were discovered. All of that proves that Maišiagala Hill Fort’s history dates back to the first millennium AD. A settlement spanning over 1 ha was located at the foot of the Mound, but it was eventually abandoned. At the beginning of the second millennium, Maišiagala Hill Fort was restored and a wooden castle was erected; this presented a serious threat to the Tectonic Order knights advancing towards Vilnius in the 13th and 14th centuries.

The wooden castle of Maišiagala was repeatedly burnt down and then rose again from the ashes. The turning point came in the 15th century, when the Tectonic knights took over the castle, captured and led away more than 1,000 prisoners, and then burnt it to the ground.  The castle has never been restored since.

There is a relaxation area with a wooden table and benches at the foot of the Mound near Maišiagala Pond. It offers visitors the opportunity to rest and enjoy the beauty and tranquillity of the area.

According to an ancient Lithuanian tradition, the Grand Duke Algirdas had to be burned in Šventaragis Valley in Vilnius. However, a few months before his death in 1377, the city was attacked by the crusaders and was severely burned. It is possible that the Temple of Šventaragis was also damaged.

Written sources indicate that the burial of Algirdas, the most senior ruler of Lithuania, was held in the holy wood of Kukovaitis, nearby Maišiagala Castle. The last pagan Grand Duke of Lithuania was burned alongside his finest horse. It is said that Algirdas and his horse were decorated with precious stones and pearls. Algirdas was dressed in a shiny purple garment with a gold-plated cloak on top and wore a silver belt around his waist.

In ancient times, Lithuanians believed that by burning the deceased, the human soul would free itself from the old body and thus accelerate its rebirth. It is said that the soul of the deceased hovers around the body for three days. Fire is the main source of light on earth. It destroys the earthly body allowing the soul to detach itself from the old body and start looking for a new one.

In 2002, the year of the 625th anniversary of Grand Duke Algirdas’ death, a monument in his honour was erected at the foot of the Maišiagala Hill Fort. A composition made using field stones was created by the sculptor Domas Čiapas. This was made possible thanks to the efforts of the Algirdiečiai non-governmental organisation and the ancestors of Duke Merkelis Giedraitis. 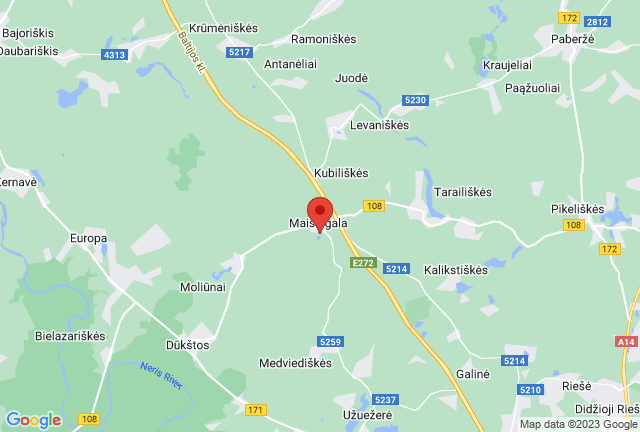